The History Of Cocktails 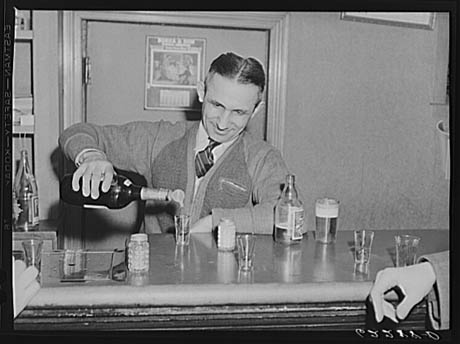 It’s not surprising that cocktails are enjoying a renaissance of sorts, given the drink’s rich and colorful history. Mixed drinks have been made for hundreds of years, but the first printed use of the word ‘cocktail‘ appeared in a New York newspaper in 1806. Suggestion for where the word came from range from the French word for an eggcup liquor measure (“le coquetier”) to a mix of all the booze in a bar with a cock hen’s feather in the glass (“cock ale”) to the daughter of a South American ruler who presented visitors with a delicious mixed drink (Princess Xoctl).

Alcohol was made illegal in the USA. Of course, nobody stopped drinking: they started making their own alcohol (bathtub gin, anyone?) and they started buying alcohol smuggled in (which was usually home-made as well – smuggling was much more risky than making it). So most of the booze in the USA tasted awful, therefore people began mixing it – really mixing it – for the first time, largely so they could keep it down and not get nauseous. American bartenders emigrated, working on cruiseships or moving to Havana, Venice, London or Paris, thus spreading the cocktail tradition around the world. Drinks of this era are the classic style: martinis, manhattans, sidecars, and so on.

In the massive economic boom that followed WWII, there was a parallel population boom, and people began drinking more than ever. This was the era of the three-martini lunch!

The first true mass-market singles bar opened in 1965. Perfectly capturing the zeitgeist, these bars were revolutionary: clean, not dirty, bright, not dark, and equally welcoming and comfortable for women as well as men. So, for the first time, there were at least as many women as men drinking in bars and nightclubs. This, coupled with the fashion of the times for all things bright, colorful and fluffy, led to a trend for tutti-frutti drinks without the powerful taste of alcohol, such as the Zombie, Piña Colada and Tequila Sunrise. This era was also the period in which modern flair bartending was born. 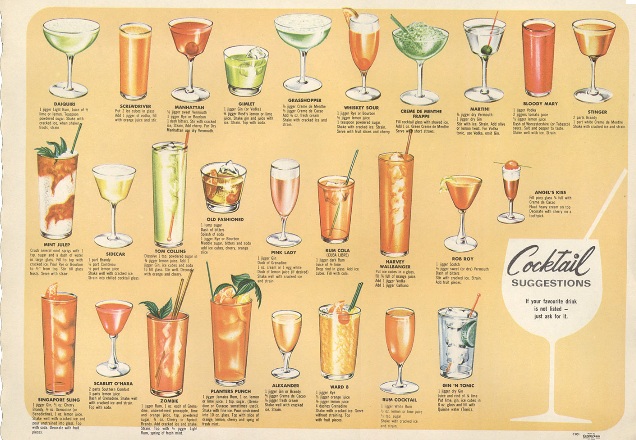 Call it the lounge trend, blame it on ageing yuppies or the upsurge in popularity of cigar bars, but stylish, understated bars and restaurants are enjoying a huge vogue right now, and the cocktails du jour are classics and neo-classic: those self-same martinis, manhattans and daiquiris supplemented by variation on venerable recipes such as the caipirinha, mojito, collins, Sazerac and sidecar. Modern recipes tend to add super-premium ingredients, fresh fruit and fruit juice, and pay minute attention to historical detail.